Intellectus from en.wiktionary.org/wiki/intellectus Latin. Etymology from Late Latin. From the verb intellegō (“I understand; perceive”).

Order: Which is an authoritative direction or instruction; command; mandate. 2 a command of a court or judge. 3. a command or notice issued by a military organization or a military commander to troops, sailors, etc. 4. the disposition of things following one after another, as in space or time; succession or sequence: The names were listed in alphabetical order. 5. a condition in which each thing is properly disposed with reference to other things and to its purpose; methodical or harmonious arrangement:

European scholars considered the name to be derived from the Greek words aitho "I burn" and ops "face". The name Ethiopia also occurs in many translations of the Old Testament, but the Hebrew texts have Kush, which refers principally to Nubia or Ethiopia is "Ether and "Utopia.

Liberator Solutionist who tribal name is H.E. Aaferti Negus Nebu Nupu. (Dr. Lawiy Z. Shamu-El). Also called Djihutimaat Shu Atun-Re, a Noonebu (Natural Elite) accordingly to ancient cultures, for which he is also known as Master Shemsizedek, currently a professor of Nu University the Global Interdependent School System. Nuwaubu is the cultural philosophy also called Noology which is the science and way of life this writer has inherited to help our society prefect, protect, and persistently evolve with our planet. As our Mother Orb speeds and heats up to take on her next journey into the higher realms. Our most esteemed Grand Lodge is born out of affiliations with The Pride of Georgia Grand Lodge AF & AM 33rd Scottish Rite Freemason and Amos Grand Lodge of Macon, Georgia with H.E. Rev. Dr. Malachi Zodok York-El 36º/720º. We set forth a request to establish The Nuwaubian Grand Lodge of Freemasonry International Inc. It is known today as The Nuwaubian Grand Lodge of Freemasonry Worldwide, Inc. or just simply The Nuwaubian Grand Lodge. Our Great Order today called the Templist Masonic Order, or Order of Builders is an Age Old Order and was not founded in 1717 A.D. in England. Let it be known that this Most Worshipful Nuwaubian Grand Lodge and Original Ancient Egiptian Masonic Order A.E..O. and A.N.O.M.S as the Al Mahdi Shriner Temple, Worldwide Jurisdiction was enacted in Alexandria, Egipt 54 A.D. and works under its own charter. The Original Ancient Egiptian Masonic Order predates Native American, European, and so called Afro-American Masons. As a Native American “American Indians”, the Sovereign Grand Commander H.E. Rev. Dr. Malachi Zodok York-El 36°/720° was affiliated with F. & A. M. because as Native Americans we were accepted before Prince Hall Affiliated Masonry or Prince Hall Lodges as were founded. These letters or signatures are a play on words to divide this worldwide brother & sisterhood, and Shrinendom that originated in Ethiopia or Egypt in Africa. The fact is that Masonic teachings originally called Al Baniyya “The Builders”, was given to civilize mankind by the Nubian Ethiopian Moors, now called Pitchnovians are the renown masters of civilization. The Pitchnovian Supreme Grand Lodge Of Templist Masons are the continuation of the original Ancient Ethiopian Order establish by "The Builders", who taught and chartered the Egiptian archetype built civilizations throughout the stars. Come Join Us At http://worldtemple.tk/ Ministry 101 Log in here: https://nu-university.edu20.org/ 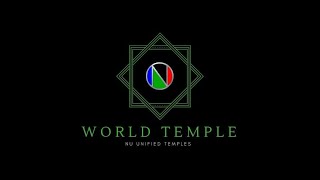 What is a Secured Party & Creditor?